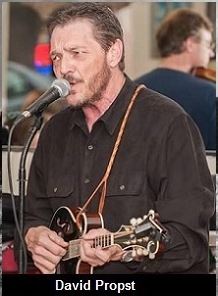 Some of David’s earliest bluegrass memories include listening to old Carter Family, Monroe Brothers, Blue Sky Boys and Ernest V. “Pop” Stoneman 78 rpm records on his Dad’s old wind-up Victrola. The song that actually got him really wanting to play bluegrass came in 1965 when he first heard the original version of “Bringing Mary Home” by the Country Gentlemen on the radio. He decided to venture back and gather records he could listen to of the classics as to get a feel for the roots of the music, so he starting listening to Flatt & Scruggs, the Stanley Bros., Don Reno & Red Smiley (whom he’d watch on a local TV show), Jim & Jesse, Jimmy Martin, Bill Monroe and The Country Gentlemen. The very first instrument he learned on was a Truetone guitar from Sears & Roebuck that was given to him by his grandmother. He then started fooling around a little with the banjo that his dad bought for himself to learn to claw-hammer banjo. Later, David played guitar and sang out at picnics and churches with his buddy who played the banjo, Bugsy Frank. Later, he was given the choice of either playing the fiddle or the mandolin with a small family band that asked him to help out on gigs. In the end, he did chose the mandolin, and is glad that he did. He was even part of that small family band when they ventured and started what is now known as The Lucketts Community Center Bluegrass Music Series, back in the mid-1970’s. David is best known for his driving chop and expert leads, skillfully melding contemporary and traditional influences to create a style uniquely his own. He attributes his playing style from the influences of such greats as, Doyle Lawson, Jimmy Gaudreau, Sam Bush, Buck White, Dempsey Young and Bill Monroe. His own family bluegrass heritage and his church singing helped him refine his vocal abilities, which do range from a boisterous tenor, to a strong lead, to a rich baritone. With more than thirty-five (35) years of professional bluegrass experience, David has become well known in the Maryland, Pennsylvania, Virginia, West Virginia and Washington D.C. areas by musicians and fans alike. He had honed his musical skills and talents by also previously performing out with such bands as The Puckett Brothers, Leon Morris & the Associates, Excalibur, Special Blend, Second Time Around, Paul Adkins & the Borderline Band, The Fox Family, The Travelers, Fastest Grass Alive, Line Drive, John O’Dell & Windy Ridge, The Shenandoah Blue Band, Darren Beachley & the Maryland Line, The Darren Beachley Band and most recently, The Country Gentlemen Tribute Band. David’s band contributions do include songwriting, set arranging, musical arrangements, bookings, and does serve as the front-man for the band. He currently resides in the Eldersburg, MD area. 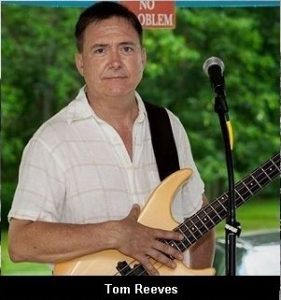 Tom was born in Havre De Grace, Maryland but his family roots are solid in the hills of Virginia and Caroline. With many relatives singing and playing, the learning of old time, bluegrass, country, and church hymns came quite easy. His formative years was shaped mostly by The Seldom Scene, New Grass Revival, County Gentlemen, and The New South. Later becoming interested in great lyrics he studied a lot of Prine, Lightfoot, and Dylan. For about 40 years now he has been playing bass with area bands including Southwind,Excalibur, Leon Morris, Dean Sapp, The Satyr Hill Band, and Darren Beachley.

For relaxation he enjoys hiking, biking, fishing, bowling, and helping others with home improvements. 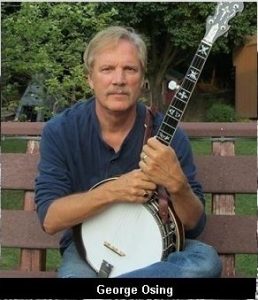 George Osing is a long time veteran banjo player from Ellicott City, Maryland. He grew up in a house filled with music, especially classical piano music from his father. George’s style is all his own, but influenced by star performers such as Ben Eldridge, Gene Parker, Alan Munde and others.  His breaks and back up are tasteful and he tries to compliment the other musicians in the band. George has performed with many bands in the local area. Some of them include The Satyr Hill Band, The River Hill Band and The Darren Beachley Band. His passion other than music is fishing the Chesapeake Bay and Florida.

Ron Hall, the newest member of the band makes his home in Vineland, NJ. He started playing guitar at age 7 and later took up piano, mandolin and bass.  Growing up a southern Baptist, Ron was surrounded by bluegrass music at a young age and got his start playing mandolin at age 14 with The Strings of Gospel, a local band that traveled playing revivals and church home comings.
Ron got his musical start playing blues and jazz guitar. In high school, Ron made his way back to bluegrass and really took a liking to bands such as Doyle Lawson and quicksilver. Ron studied the harmony style and rhythm guitar playing that gave Doyle his signature sound. In 2013, Ron toured for a year across the country playing mandolin and singing tenor for the bluegrass story teller James King. Ron is very well known in the local bluegrass community and his driving rhythm guitar playing and clear high tenor voice bring a new dynamic to the band. We certainly enjoy having Ron with the band and think folks will enjoy hearing the new sound.
Ron enjoys spending time with his 3 sons, enjoys sports, and is a volunteer firefighter for his local fire department.